Namiri Plains is located along the Ngare Nanyuki River in a quiet and remote corner of the Serengeti with the nearest camp being over an hour’s drive. The rooms have stunning views of the seasonal riverbed in front of camp and has just 10 spacious rooms with full length decks - allowing you to view wildlife from your room or from the outdoor bath on the deck.

This secluded region of the eastern Serengeti is big cat territory - before Namiri Plains was built the area was closed for 20 years to allow the cheetah population to restore.  For a few months a year the migration herds fill the plains close to camp on their way to begin calving in the south

Namiri Camp is located in eastern Serengeti in northern Tanzania

Namiri Plains is positioned along the Ngare Nanyuki River in the eastern Serengeti. The vast grassland plains are mostly open apart from the occasional acacia tree. The hard calcrete layer beneath the topsoil prevents many trees or shrubs from growing here.

As it’s one of the few locations in the eastern Serengeti with permanent underground water sources, game viewing is excellent. The seasonal riverbed is where plains game such as zebras or reedbuck come to drink making it an ideal spot for viewings – followed by predators. The short grass of this area makes it popular with cheetahs who can more easily chase down their prey

The migration heads toward Namiri between October and May. During this period, you may see the plains covered in wildebeest, gathered here to feast on the lush grass.

Namiri Camp has just ten elegant tented suites with sweeping 360-degree views of the plains. The guest rooms have undergone a significant upgrade and are substantially bigger offering sliding doors which run the full length of the room and open out on a full-length viewing deck. The rooms are constructed from the natural calcrete from the area which plays an important role in regulating the temperature in the suites. The bathroom offers full views of the seasonal riverbed from your shower and large glass sliding doors give you access to the deck from the shower. A private bathtub made entirely of resin is located on the deck and you can enjoy exceptional views from the tub.

There is one family tents which sleeps 4 and is similar to the double tents but slightly larger - the family tent comes with an additional room with 2 single beds in it which can be made into a double.

All food is made in camp including fresh bread, biscuits and muffins. Breakfast is a continental buffet or full English and lunch is a light buffet with salad or fresh vegetables. If you opt to extend your game drive the camp can pack your lunch for a bush picnic. Later, a three-course dinner is served in the dining tent or under the stars.

Namiri Plains welcomes families with children over 5 and has a family tent that sleeps four (children under 12 must share a tent with an adult).

Game drives - enjoy twice daily game drives from Namiri Plains with the knowledgeable guides. All vehicles are open-sided and have power points where you can charge your devices and are fitted with fridges to keep your drinks cool.

Walking safaris - walking is the most intimate way to experience the bush; the pace is comfortable, your eye-level is that of the wildlife, and your senses are more acutely aware of the sights, smells and sounds. Walking safaris must be booked in advance.

Cheetah research - search for cheetah on the open plains of the Serengeti and meet up with the local cheetah researcher to learn more about these endangered big cats. (Booking is essential and at an additional cost)

Hot air ballooning - balloon safaris are a romantic way to experience the wilderness of the Serengeti as you fly silently over the plains in the early morning. Typically, a balloon safari begins around 6am and lasts for around 1-2 hours and is followed by a champagne breakfast in the bush.  Balloon safaris are extra and you are advised to book yours in advance.

NAMIRI PLAINS IS OPEN ALL YEAR ROUND

THE CAMP WELCOMES FAMILIES WITH CHILDREN 5 YEARS AND OLDER 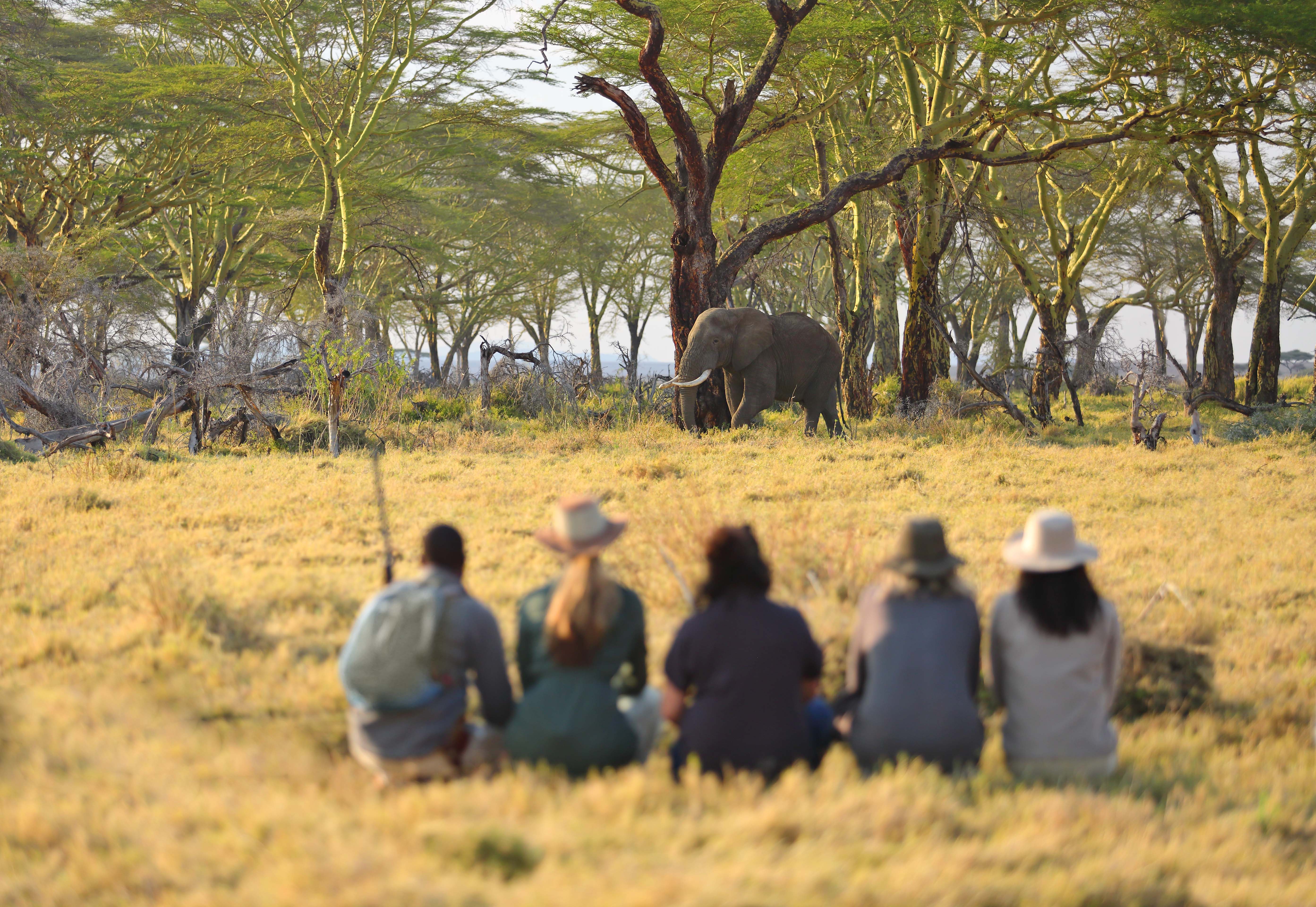 Our expert staff are on-hand, happy to assist with any enquiry you have.Enquire

An Investigative Safari to Northern Tanzania in August 2020

Cookies are very small text files that your computer downloads when you visit a website to recognise your computer or mobile device.

We use cookies to provide you with the best experience and for anonymous statistical purposes.